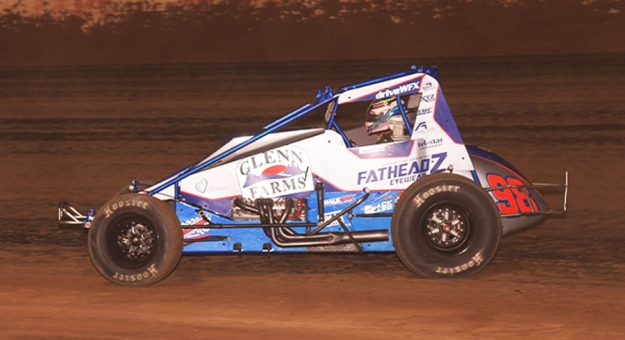 BELLEVILLE, Ill. — Brady Bacon found the fastest line in the Lake Ozark Speedway Non-Wing Nationals feature event and rode it to victory lane, notching his ninth career Lucas Oil POWRi Wingless Auto Racing Sprint League win. Ballou and Swanson began to tangle early, heading into the first corner after the green flag. Ballou lead Swanson, Westfall, Mario Clouser and Bacon in the early laps of the feature. After a lap-five restart, Swanson would take the lead from Ballou in turns three and four with Westfall and Bacon behind the leading pair. Halfway through the feature, Bacon stayed on the inside line to take the lead on lap fifteen and overtake Swanson and Ballou.