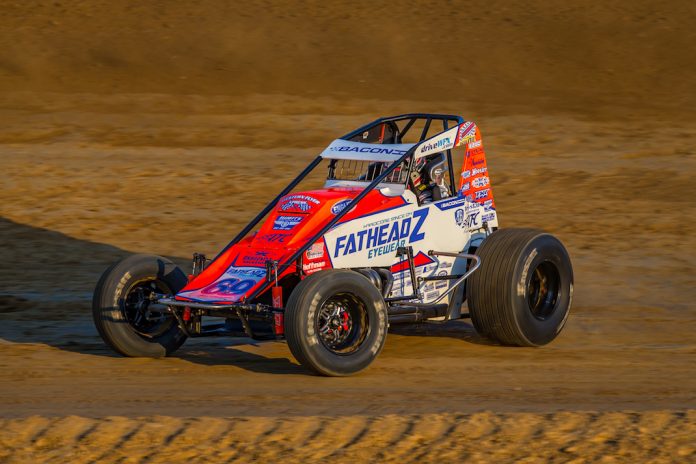 — On the night when he was recognized for winning his fourth USAC AMSIL National Sprint Car Championship, Brady Bacon continued his winning pace in the series with a rout of the field Saturday night at Lawrenceburg Speedway. Bacon raced from the sixth starting position to the lead in just six short laps, carrying on to a complete annihilation of the 24-car field by 2.924 seconds after 30 laps. “You never know,” Bacon remarked, referring to how much of a lead a driver possesses in a sprint car race at any given time. “I kind of worked him over and just had a good enough car to get by him as quickly as I could just in case it might turn into one lane; it didn’t really, but it could’ve,” Bacon explained. In relatively no time flat – two laps – Bacon let loose to construct a full-straightaway lead over Leary.