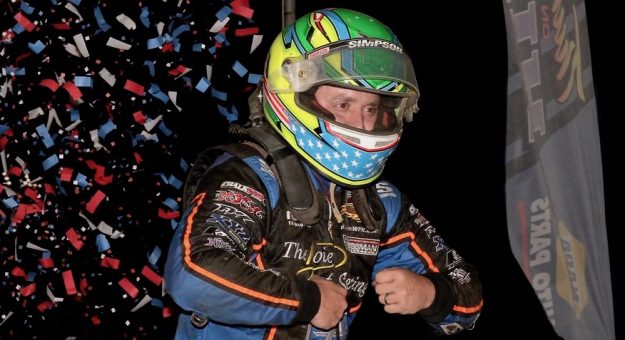 BECHTELSVILLE, Pa. — Brady Bacon won his fifth USAC AMSOIL National Sprint Car feature at Grandview Speedway in the last six years. “I knew we had a good shot starting up front, and I just had to not mess up,” Bacon explained. Briggs Danner came right along in Bacon’s wake on the outside from the fourth starting position and pulled right to the rear bumper of Bacon. On the 14th lap, Bacon began to encounter the tail end of the field. “We were pretty tight, and we we’re set up for this place to go glass slick from top to bottom,” Bacon noted. “Those two (Bacon and Danner) were out there on their own and we were just maintaining there,” Stockon recalled.