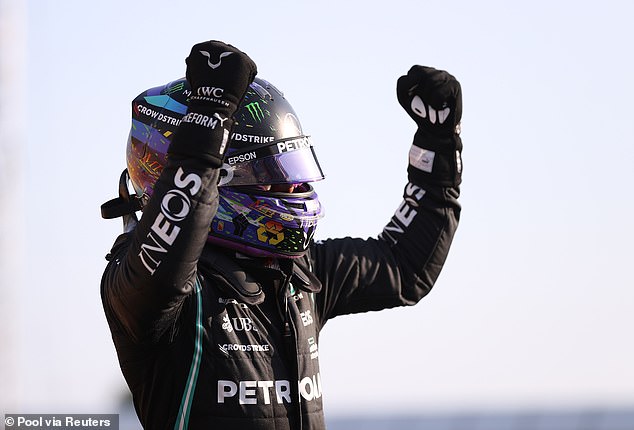 Back on top! Lewis Hamilton goes quickest in qualifying at Silverstone to start first in Saturday’s new 30-minute Sprint Race… while title rival Max Verstappen is left asking ‘what is going on?’ after finishing second

Roars rang out across the old airfield as Lewis Hamilton came out of the title shadows to finish top in qualifying for the British Grand Prix. First, relief among the home crowd that Hamilton, winless in the last five races, had finally found some speed and could go toe-to-toe with Verstappen, the brilliant young pretender whose Red Bull, as well as his own driving acumen, has given him a 32-point cushion in the standings. But back to the current ruler of this place, who has qualified first here on eight of his 15 attempts and won seven times. ‘Get in there Lewis,’ said his relieved race engineer Peter Bonnington. Hamilton said: ‘We have been missing this atmosphere for a whole year.