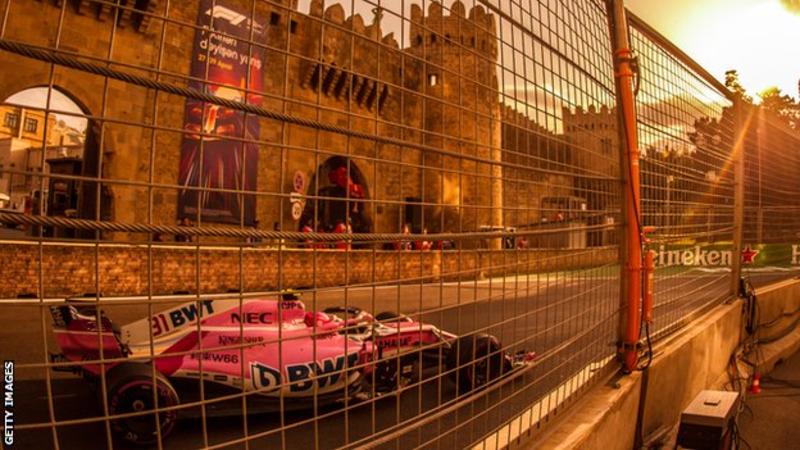 The Azerbaijan Grand Prix in Baku will continue until at least 2023 after organisers renewed their deal.
The renewal is the first signed in 2019 and follows new agreements for the Belgian, Chinese, German, Japanese and Singapore races in the past two years.
Formula 1 chairman Chase Carey said the race “has become one of the most popular of the season”.
Azerbaijan’s sports minister Azad Rahimov said the move would allow the race to “maximise commercial revenues”.
The Azerbaijan Grand Prix is held on a street circuit in Baku and took place for the first time in 2017.
The 2019 race takes place on 28 April.