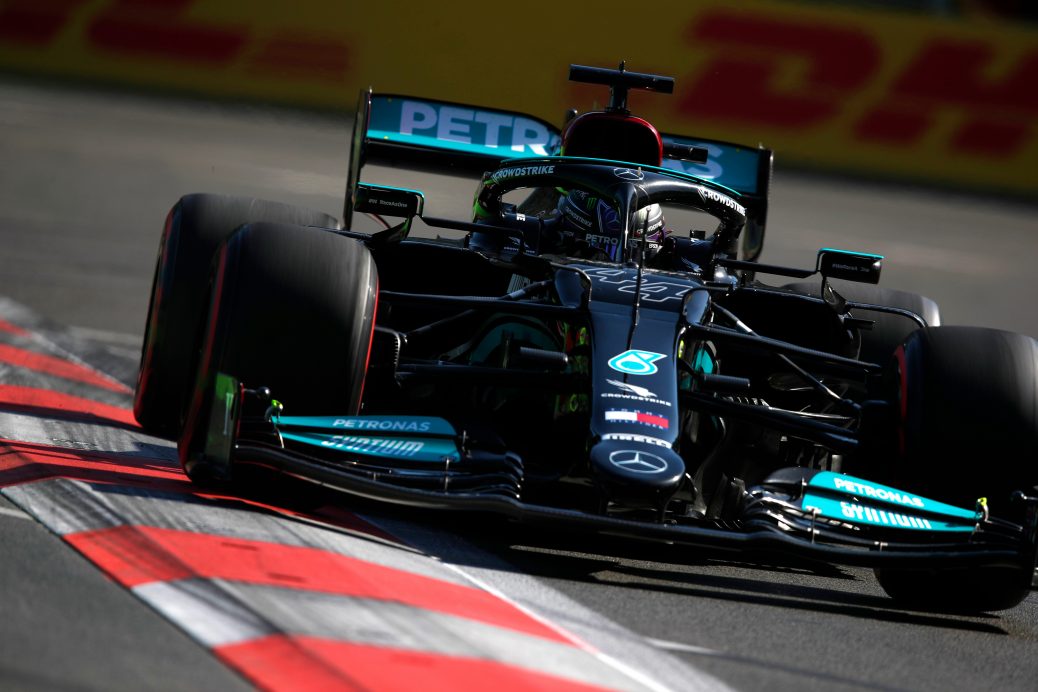 Azerbaijan Grand Prix LIVE: FP2 latest updates as Hamilton and Verstappen get used to the course in Baku

LEWIS HAMILTON and Max Verstappen head to Azerbaijan as they do battle again in an enthralling F1 campaign. It is all smiles for Red Bull and all question marks for Mercedes after second practice in Baku. We have 15 minutes of running and race simulations are likely to be the order of the day. Meanwhile, Valtteri Bottas is 16th without a hot lap to speak of and Lewis Hamilton 11th and complaining on the radio. The likes of Lewis Hamilton are back on track pushing in qualifying sims. It’s now been moved off the track and, with 41 minutes to go, practice has resumed. The run-off area at Turn 1 is made use of by Valtteri Bottas. “The interesting thing is at Mercedes it’s a similar story with this wing configuration they are running.