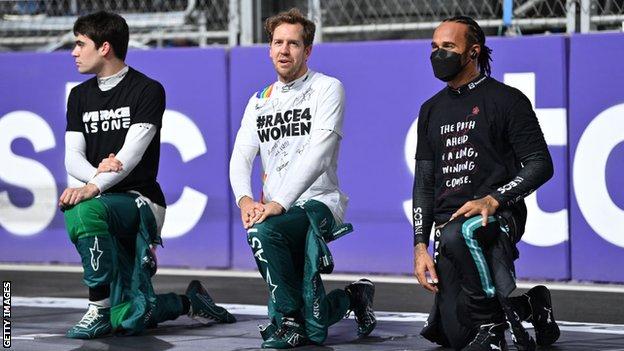 Azerbaijan Grand Prix: Hamilton and Vettel say they will continue to speak out

Lewis Hamilton and Sebastian Vettel say they will continue to speak out on issues after FIA president Mohammed Ben Sulayem questioned whether they should. Hamilton said it was important the sport continues to be a platform “to spark more conversations”. Vettel said diversity and environmental matters were “bigger than us, bigger than the sport can ever be”. To me, it is about deciding whether we should impose our beliefs in something over the sport all the time. Hamilton said it was “positive” Ben Sulayem had clarified his remarks. And later there was an awkward moment when the drivers were asked whether they had confidence in Ben Sulayem and the FIA. Eventually, after both Vettel and Hamilton refused to be the first to answer, Alonso said: “I have full trust in the FIA president.”.