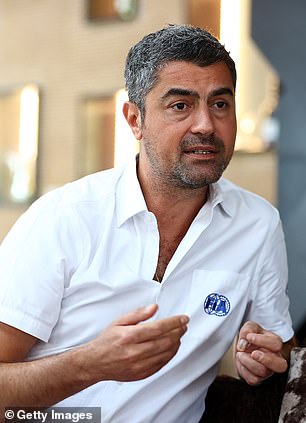 Axed F1 race director Michael Masi is STILL an ‘important figure’ to the FIA and they are negotiating a new role for him, reveals boss Mohammed Ben Sulayem – despite their report admitting his ‘human error’ led to Max Verstappen winning the 2021 title

The FIA are in negotiations to find a new role for sacked race director Michael Masi because he remains an ‘important figure’ to Formula One’s governing body. Despite the FIA making it clear in a report recently made public that ‘human error’ by Masi led to Max Verstappen’s maiden world championship in Abu Dhabi last season, the president of the governing body, Mohammed Ben Sulayem, is keen to keep Masi involved. Heading towards the final laps of the final race in Abu Dhabi, Masi made the decision to allow the five cars separating race leader Lewis Hamilton and Verstappen to unlap themselves behind a safety car. Despite the Australian’s dismissal, the report stated that Masi was ‘acting with good faith’. Ben Sulayem has consistently looked to defend Masi and while he has done so once more in revealing his desire to keep the axed race director on, the FIA president does want to draw a line under the events in Abu Dhabi last November. ‘Now we want to move on, and that we [are] finished with the race in Abu Dhabi with the analysis.