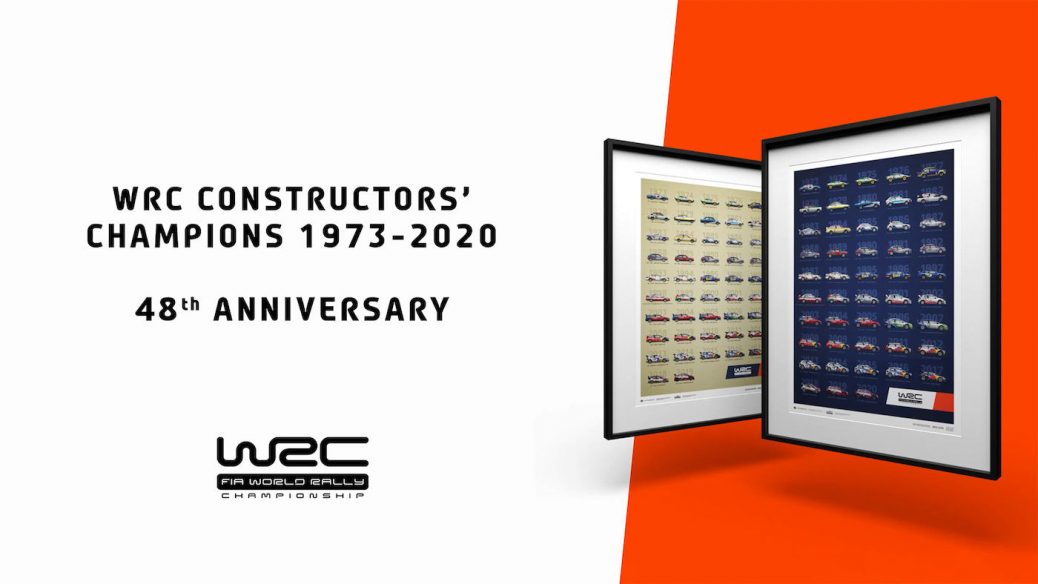 As the WRC continues to build towards its 50th anniversary in 2022, Automobilist has released its latest WRC poster, this time featuring the 48 winners of the manufacturers’ championship. The poster, the second in the series building up to the anniversary season, begins with the inaugural 1973 championship-winning car, the Alpine-Renault A110, and features every champion up to the 2020  title-winning Hyundai i20 Coupe WRC. Just 1973 copies of the poster will be produced, as a further tribute to the WRC’s inaugural season. Each car featured in the various posters been painstakingly re-created using 3D renderings and CGI imagery, with accuracy down to the last curve and branding detail.