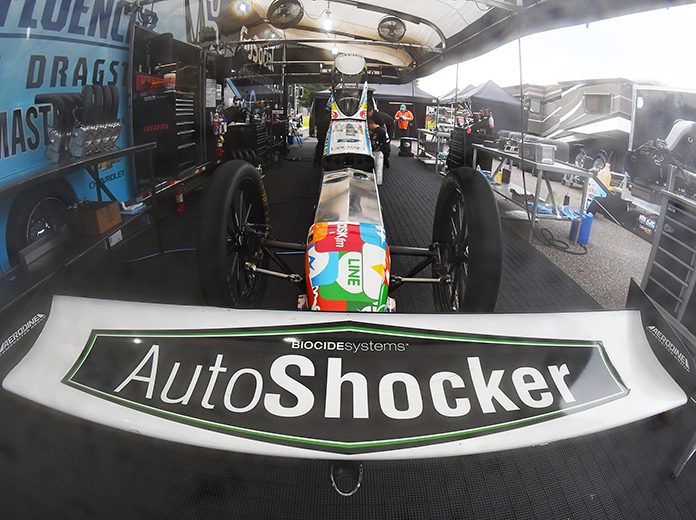 PLAINVIEW, N.Y. – Continuing a busy off-season of marketing partnership additions and renewals, NHRA Rookie of the Year Justin Ashley has announced that Auto Shocker has renewed their associate sponsor agreement on the Strutmasters.com Top Fuel team for the upcoming NHRA Camping World NHRA Drag Racing Series season. Auto Shocker has been aligned with Ashley since the end of the 2019 season and was prominently featured on his Top Fuel dragster during all 12 national events in 2020. Moving into the upcoming NHRA season, Auto Shocker and Justin Ashley Racing have a number of consumer promotions as well as social media programs in the planning stages. “I’m proud to represent Auto Shocker and Biocide Systems’ line of odor eliminating products,” Ashley said. The Auto Shocker branding will once again be featured on Ashley’s 11,000-horsepower Top Fuel dragster and fire suit. As the NHRA season restarted in July the marketing relationship between Ashley and Auto Shocker continued to gain traction as fans returned to the stands on a limited basis.