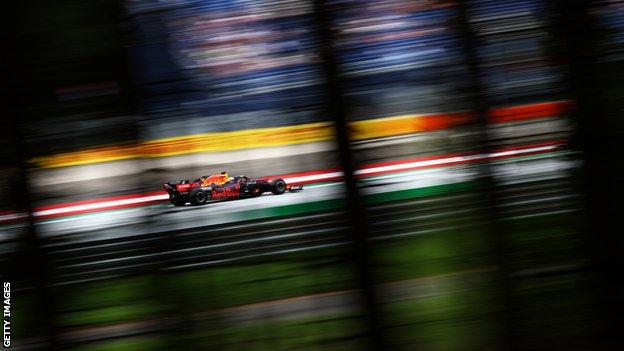 Verstappen was 0.266 seconds quicker than Ferrari’s Charles Leclerc in a session made unrepresentative by the teams testing a new tyre for Pirelli. The new Pirelli rear tyre is a beefed up construction aimed at making the tyres safer, after the two high-speed failures suffered by Verstappen and Aston Martin’s Lance Stroll at the Azerbaijan Grand Prix last month. Each driver has to do a minimum of 12 laps on the new tyre during the course of Friday’s two sessions. Pirelli will then analyse the data and if it is satisfied, the new tyre will be introduced at the next race, the British Grand Prix.