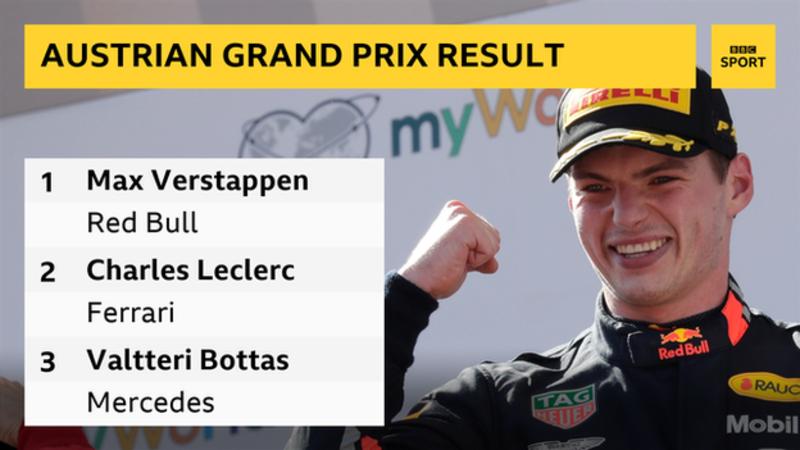 Red Bull’s Max Verstappen caught and passed Charles Leclerc with two laps remaining to win a thrilling Austrian Grand Prix.
Ferrari’s Leclerc seemed in control of the race after Verstappen dropped back from second on the grid to seventh on the first lap after a poor start.
Verstappen drove carefully to protect his tyres early started to pile on the pressure, first catching Vettel before passing him on lap 50, then dispatching Bottas on lap 56 before chasing after Leclerc.