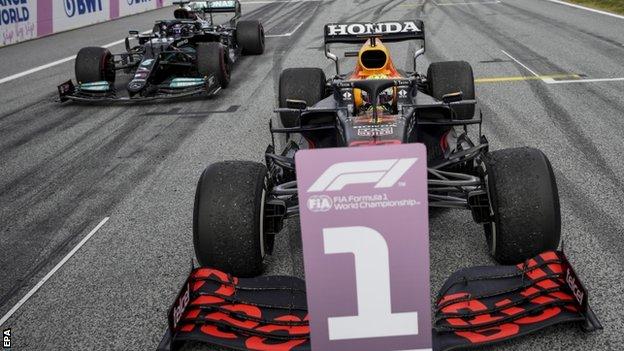 Verstappen leads Hamilton by 18 points ahead of this weekend’s Austrian Grand Prix after four straight wins by Red Bull. Hamilton said he felt “positive” about Mercedes’ prospects for this weekend’s race. This weekend’s Grand Prix is back at the same track but Hamilton said he and his Mercedes team had been working on trying to improve their pace. “They [Red Bull] have done a great job in these last four races,” Hamilton said. Verstappen said: “It’s a still a long season and we need to stay focused. “It is very interesting from the outside to follow and watch,” the Spaniard said. Verstappen said: “I understand of course about safety and I looked in my mirrors and went all the way to the right and took it easy. “I like when you can be yourself and this burn-out, it was nice to watch,” Alonso said.