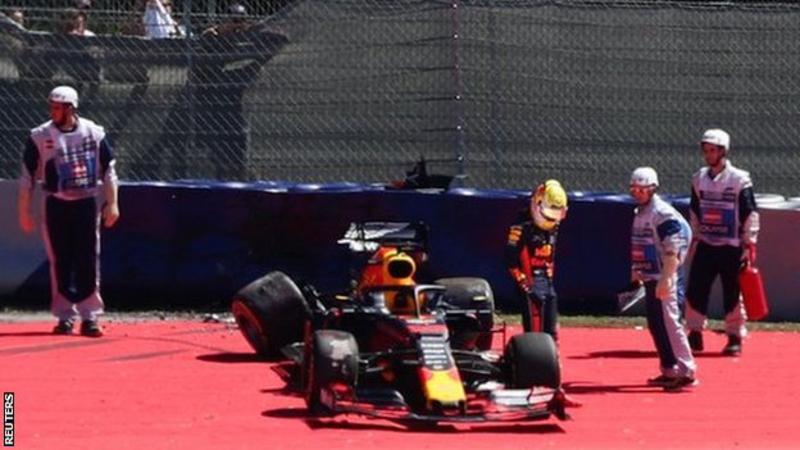 Ferrari’s Charles Leclerc set the pace in a dramatic second practice session at the Austrian Grand Prix as Valtteri Bottas and Max Verstappen crashed.
Leclerc ended up ahead of Bottas, Red Bull’s Pierre Gasly and championship leader Lewis Hamilton.
Both soon set fastest sector times, Vettel in the first sector and Leclerc in the second, before the German lost it on entry to Turn 10 – earlier in the corner than Verstappen had – and the car just stopped before hitting the barriers.