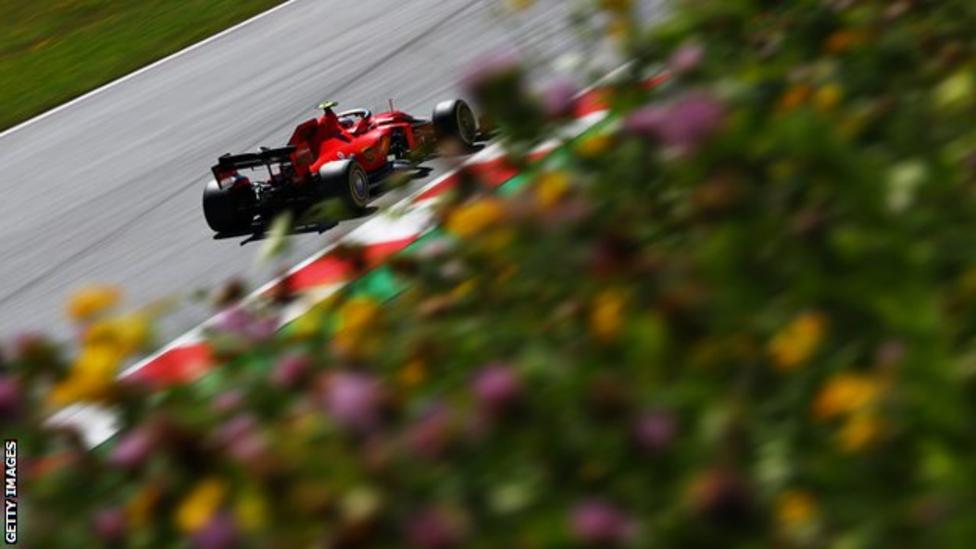 Austrian GP: Leclerc, Norris & ‘silly season’ talk – all you need to know before the race

Verstappen was bumped up to second, alongside Leclerc, after Hamilton was given a three-place grid penalty for impeding Alfa Romeo’s Kimi Raikkonen in first qualifying, which drops him to fourth, for arcane reasons we don’t need to go into here.
Ferrari have chosen a different tyre strategy from Mercedes and Red Bull, and Leclerc will start on the soft tyre while Verstappen, Bottas and Hamilton are on the medium.
“The most important thing is raw speed,” said McLaren team boss Andreas Seidl, asked to sum up the impact Norris has made so far.