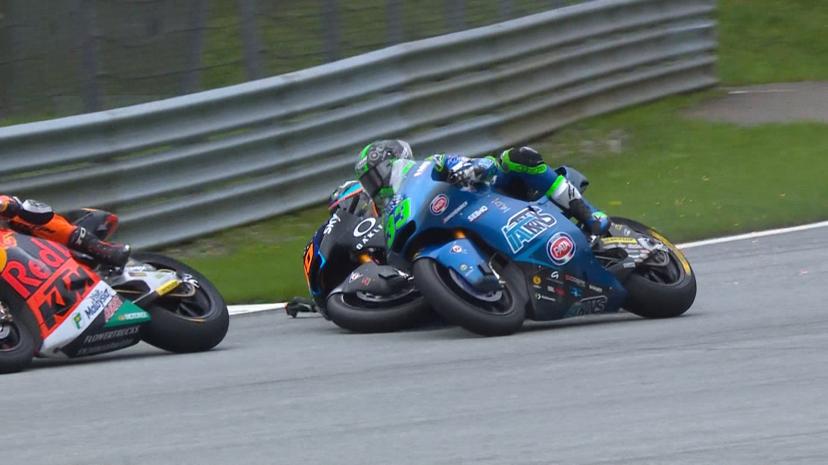 Red Bull KTM Ajo’s Brad Binder battled to his first Moto2™ victory of the 2019 season and where better to do it than at KTM’s home round, the myWorld Motorrad Grand Prix von Österreich.
That left just Binder and Marquez to fight it out over the remaining laps but despite pressure from the Championship leader, the birthday boy held on to clinch a first win of the 2019 season and send the Austrian fans delirious, with orange flags and caps waved wildly all the way around the Red Bull Ring.