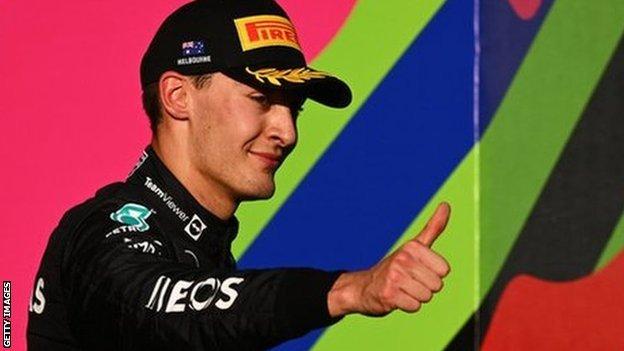 But reliability issues for Red Bull and Carlos Sainz’s retirement for Ferrari in Melbourne have played into the hands of Mercedes, who have brought both cars home at every race. “It doesn’t matter how fast the car is, if you don’t make it to the end then you are not there to pick up the pieces,” said Russell, who has 37 points from three races, 34 behind championship leader Charles Leclerc. “It is just crazy to think [I am second in the championship]. Lewis Hamilton followed three seconds behind his team-mate in fourth to push Mercedes up to second in the constructors’ championship – in between leaders Ferrari and Red Bull.