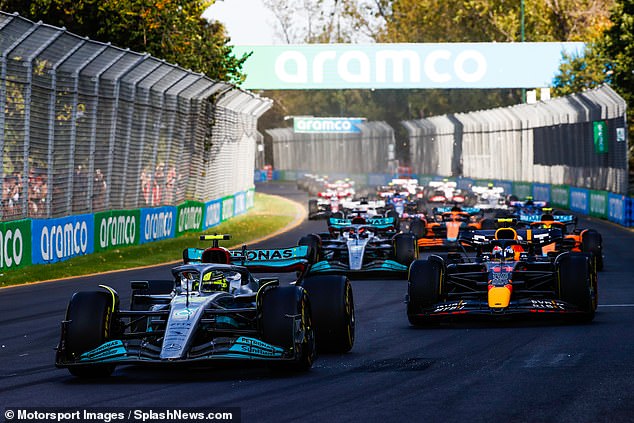 Formula One stars have been told to ‘stop whingeing’ after the Australian Grand Prix boss hit back at complaints regarding the ‘painful’ timing of this year’s race in Melbourne. Melbourne’s race was the third on the calendar, with Formula One returning for the first time in three years after Covid forced the sport away from Australia. ‘We’ve proven that we can have success both opening the season and coming in after a couple of races,’ Westacott said. Mercedes star George Russell complained that a stand-alone race in Melbourne was ‘tough’ for the drivers and the teams. ‘But I think having Melbourne in between races, especially as a stand-alone, is too tough for the teams and everybody. ‘But it really has to be back-to-back with one of those races because just coming to Australia for a single race is quite painful for everyone.