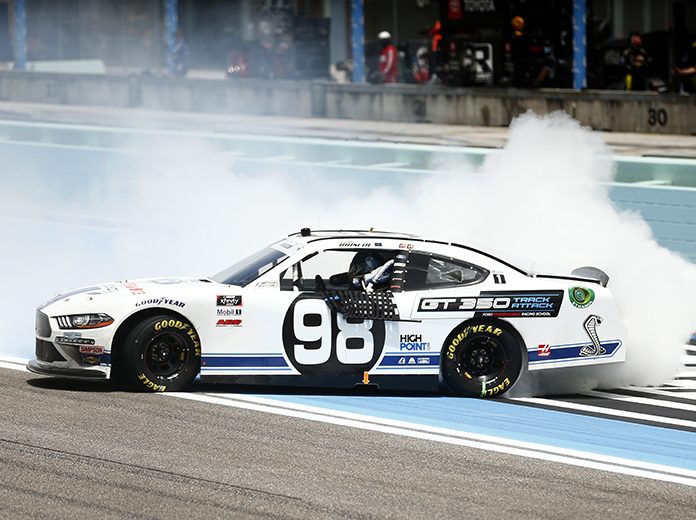 KANNAPOLIS, N.C. – Atlas Copco Compressors has expanded its longstanding relationship with Stewart-Haas Racing, joining the organization’s NASCAR Xfinity Series program as an associate sponsor. Atlas Copco has been involved with SHR since the team’s inception in 2009, serving as a technical partner. Atlas Copco will be featured on the lower-rear quarter panel of the No. 98 Ford Mustang driven by Chase Briscoe for the remainder of the Xfinity Series season. Atlas Copco provides all of SHR’s compressed air equipment and utilizes its SMARTLINK monitoring technology inside SHR’s race shop in Kannapolis, North Carolina.