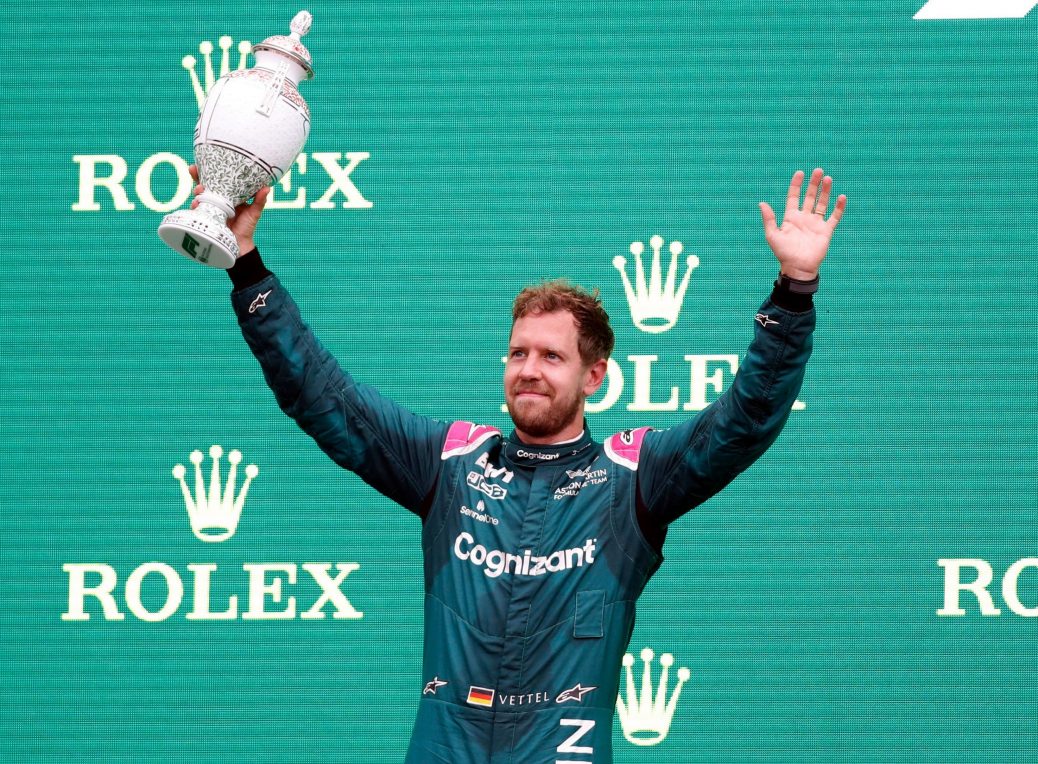 ASTON MARTIN’S initial appeal over Sebastian Vettel’s Hungarian Grand Prix disqualification has been REJECTED. Aston Martin released a statement claiming the car had 1.74l of fuel still in the tank and would request a ‘right of review’ following the FIA’s ruling. However, the request has been denied after stewards revealed they were only able to extract 0.3l of fuel from Vettel’s car. “After the hearing the FIA revealed that Aston Martin had discovered that a faulty fuel pump meant a ‘significant amount of fuel was inadvertently discharged from the fuel cell of Car 5’, meaning FIA personnel could only extract 0.3 litres. “They wrote that in order to secure a right of review: ‘Aston Martin would have had to present facts that actually more than 1 litre of fuel was remaining.