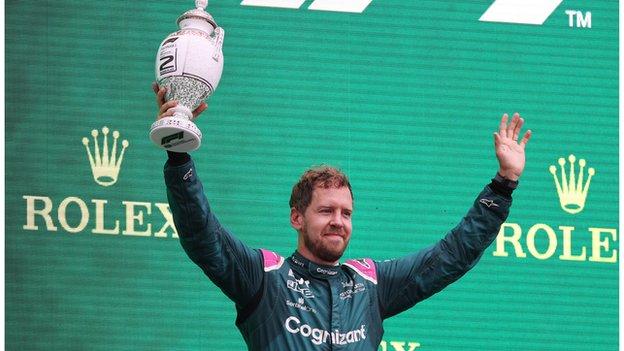 Aston Martin have withdrawn their appeal against Sebastian Vettel’s disqualification from second place in the Hungarian Grand Prix. The German was thrown out of the results after his car was found to have less than the mandatory one litre of fuel remaining for post-race testing. Aston Martin withdrew their appeal “on the basis that we believe doing so outweighs the benefits of being heard”. But stewards ruled that this was “not relevant” to the disqualification because rules dictate that cars must have the required amount of fuel, and do not allow for mitigating circumstances. Vettel’s second place would have been the team’s best result of the season and would have moved them to within two points of Alpha Tauri in sixth place in the constructors’ championship, on which prize money is decided at the end of the year.