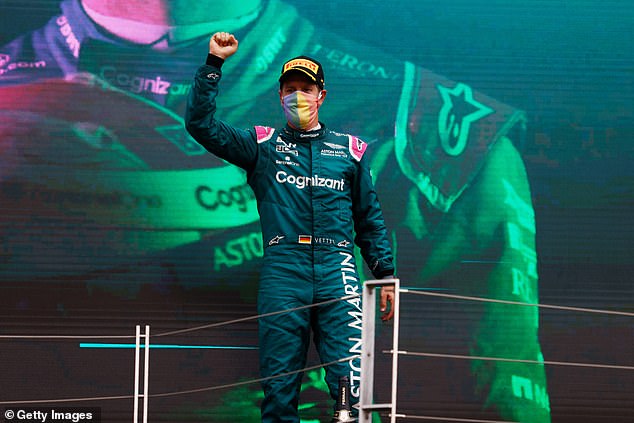 Aston Martin are determined to have Sebastian Vettel’s disqualification from the Hungarian Grand Prix overturned, despite seeing their attempt to have the decision reviewed dismissed by the FIA. Aston Martin were adamant that there was enough fuel left in the car to take the one litre sample required in the regulations, but the governing body rejected their new evidence because it ‘did not make a difference’. Announcing its decision to wave away the first protest from the team, the FIA said: ‘The stewards only assumed the fact that there was not enough fuel in the tank. ‘Aston Martin would have had to present facts that actually more than one litre of fuel was remaining. This came despite Aston Martin’s claim that there was 1.44litres of fuel left in Vettel’s car, although the FIA technical delegate was only able to take 0.3litres in total.