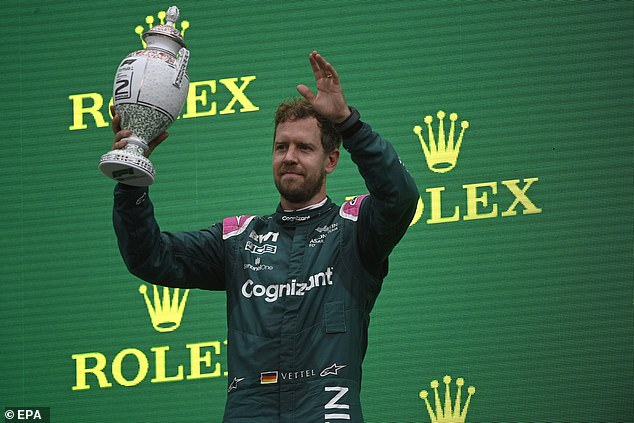 The FIA has dismissed Aston Martin’s request for a review of Sebastien Vettel’s disqualification from the Hungarian Grand Prix. Aston Martin subsequently appealed, while also seeking a ‘right of review’ – something the FIA on Monday denied. ‘Under F1’s rules, in order to secure a right to review, the team must show ‘significant and relevant new’ evidence to the stewards. ‘After the hearing the FIA revealed that Aston Martin had discovered that a faulty fuel pump meant a ‘significant amount of fuel was inadvertently discharged from the fuel cell of Car 5’, meaning FIA personnel could only extract 0.3 litres.