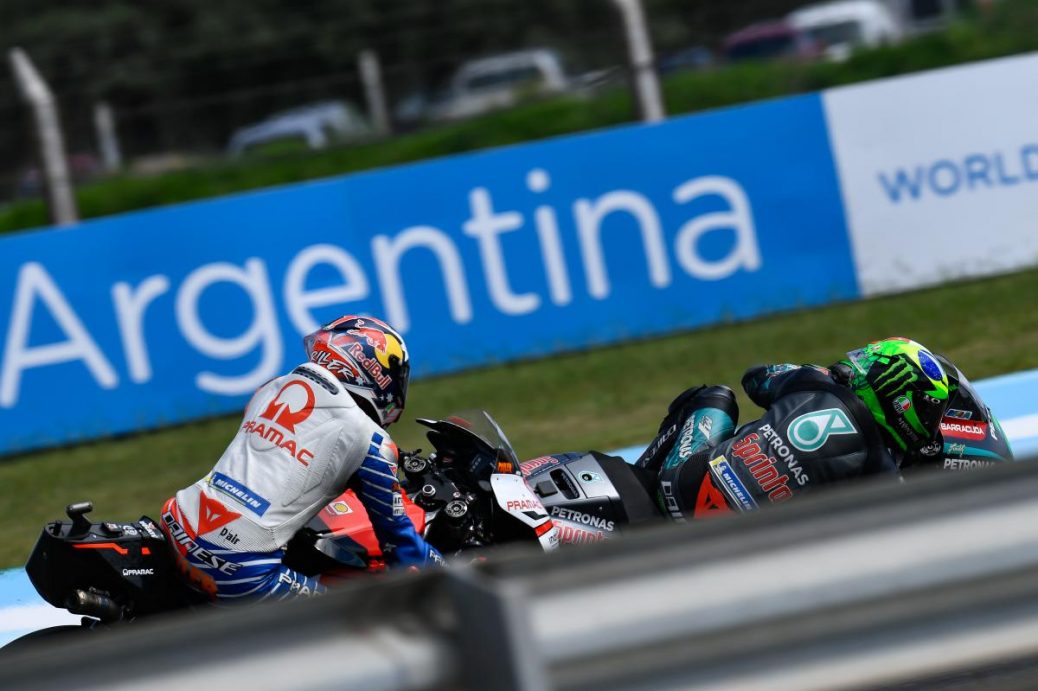 Argentina confirmed on the MotoGP™ calendar until 2025

Dorna Sports is delighted to announce a contract extension that will see Argentina remain on the FIM MotoGP™ World Championship calendar until 2025. Already confirmed until 2022 due to the disruption of the Covid-19 pandemic, a new three-year contract will now see the Autódromo Termas de Rio Hondo, in the province of Santiago del Estero, continue to host MotoGP™ in 2023, 2024 and 2025. Matías Lammens, Tourism and Sports Minister: “Few provinces reflect the synergy between tourism and sport as Santiago del Estero does. I want to congratulate the governor for making tourism and sport key policies. The Government of the Province, together with Dorna, Inprotur and the Ministry of Tourism and Sports, join together in their efforts so that these achievements may long continue.”.