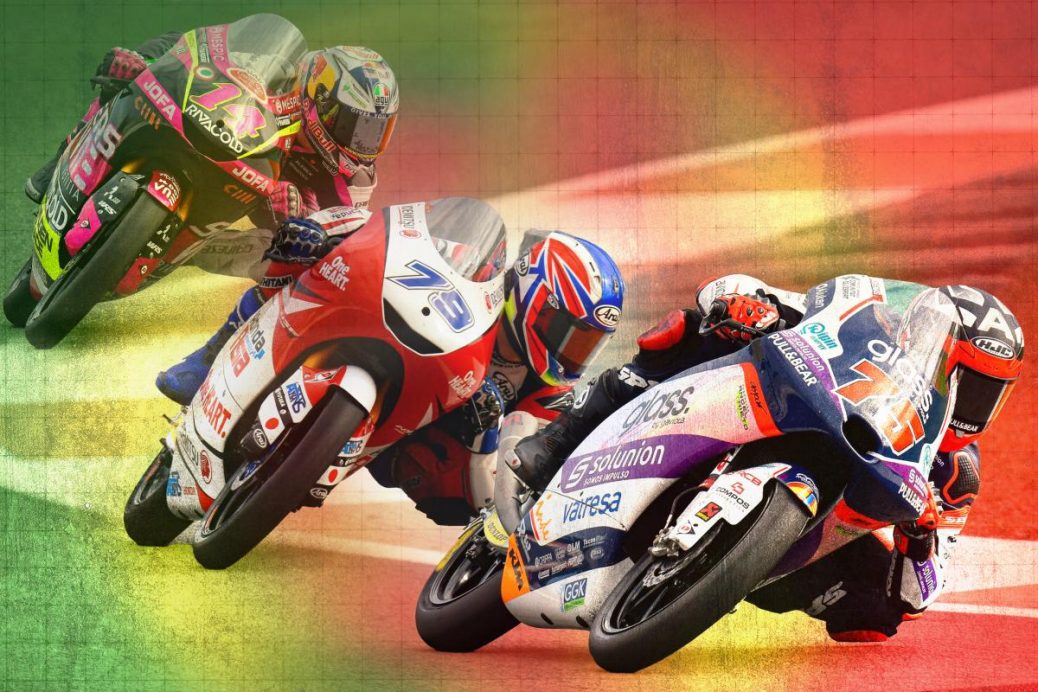 Arenas vs Ogura vs Arbolino: game on in Portimão

After 14 races and some incredible highs and lows, the rollercoaster 2020 Moto3™ season is almost at a close with three contenders hoping to lift the crown. If Arenas wins the Portuguese GP or comes second, he’s the Champion. If he’s on the podium in third and Ogura doesn’t win, likewise. But if he’s not on the podium it all becomes a maths challenge with the three contenders, and lately Arenas has not been on the podium. The Italian has also been a dark horse for some time and arrives with a little less pressure as the underdog, but then Ogura does in many ways too, the Japanese rider’s season a case study in consistency and podiums rather than how to the take pressure as a favourite for the crown. This 2020 season is over for me, an up and downs season.