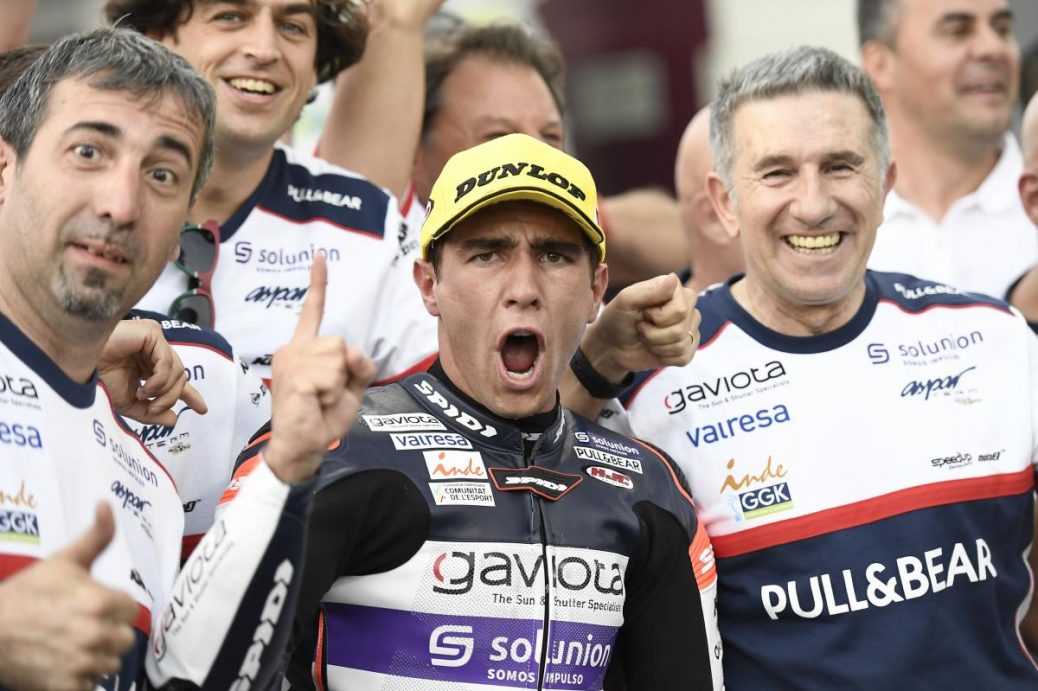 Albert Arenas will make the leap up to Moto2™ with the Aspar Team in 2021. Arenas began his career with the team competing in the Moto3™ Junior World Championship, where he achieved his first podium with the Aspar Team at home, in Barcelona, ​​finishing third. The 2018 season was the first in which Arenas was able to shine with his own light, when he debuted on the World Championship podium with a victory in France. Now, with the future in Moto2™ confirmed, Arenas will only have one goal in mind: the fight for the Moto3™ World Championship. Albert Arenas: “I am very happy and excited to be able to make the leap to Moto2. I really want to get to Moto2 now, but I will continue to focus on this year to achieve the other goal we have.