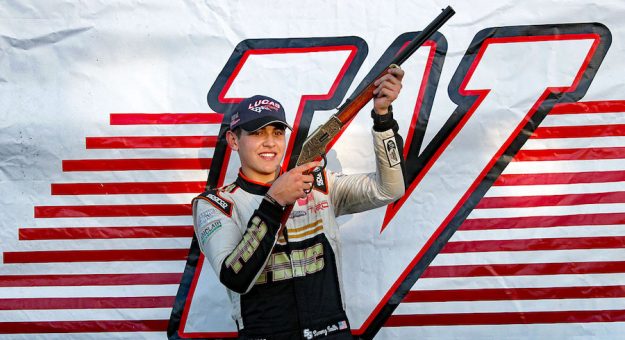 HUNTERSVILLE, N.C. – Joe Gibbs Racing announced Thursday that Sammy Smith will run eight NASCAR Xfinity Series races behind the wheel of the No. on July 2 will serve as Smith’s Xfinity Series debut with Allstate Peterbilt Group on the hood as the primary partner for the race. Smith will also race in seven other Xfinity Series races this year jumping behind the wheel of the No. 18 GR Supra throughout his eight races with JGR with Pilot Flying J and Allstate Peterbilt Group serving as primary partners. He won three races, earned seven top fives, seven top 10s, averaged a 4.3 finishing place and earned one pole.