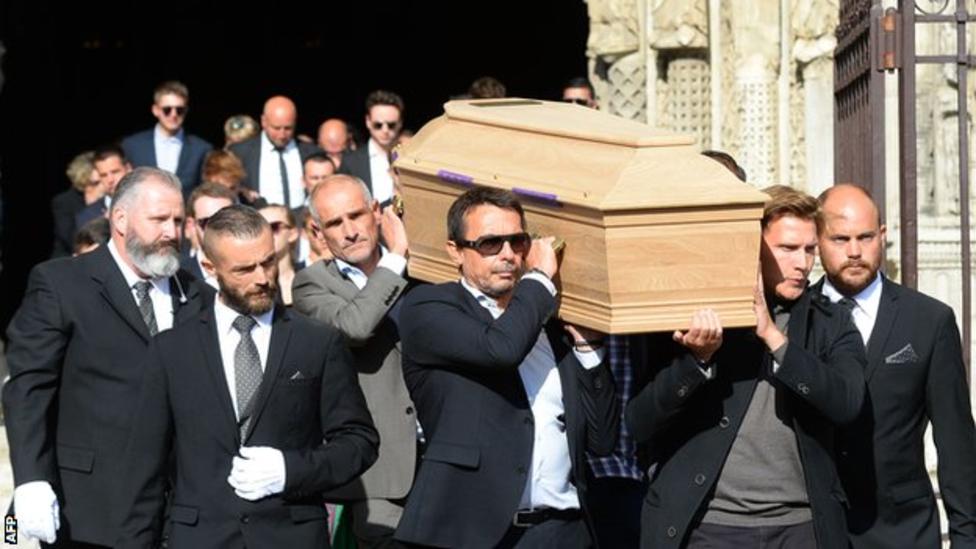 The funeral of Formula 2 racer Anthoine Hubert, who died in a high-speed crash at Spa in August, was held on Tuesday.
Hubert, 22, was involved in a three-car accident in an F2 race during the Belgian Grand Prix weekend.
Prost, representing Hubert’s team Renault Sport Racing, talked of the driver’s “kindness, curiosity, intelligence, professionalism and gentleness” and said Juan Manuel Correa “quest for perfection would have propelled him towards a bright future”.
Giuliano Alesi, who was also involved in the three-car crash, attended with his father Jean, a former driver.