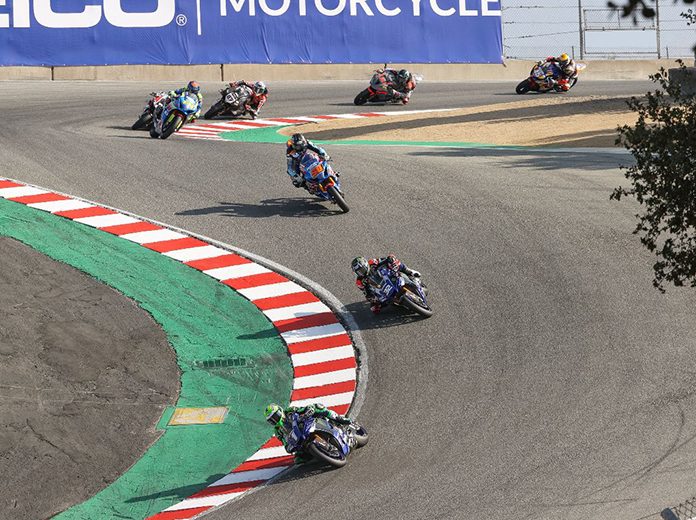 Another Superbike Victory For Cameron Beaubier

MONTEREY, Calif. – If this is the last weekend in Cameron Beaubier’s MotoAmerica career then he seems determined to make it one he won’t soon forget. “You’re just thinking about in the moment and you just want to go do the best you can in the race. Beaubier topped the man he has battled for most of his Superbike career – Toni Elias. Elias, who announced this week that he will not race a Suzuki in next year’s championship, battled through after a rough start to finish second for just his second podium of the season. It’s not good, but in this case, I was struggling when we were battling. Gagne looked to have second in the bag after M4 ECSTAR Suzuki’s Bobby Fong crashed out of their battle.