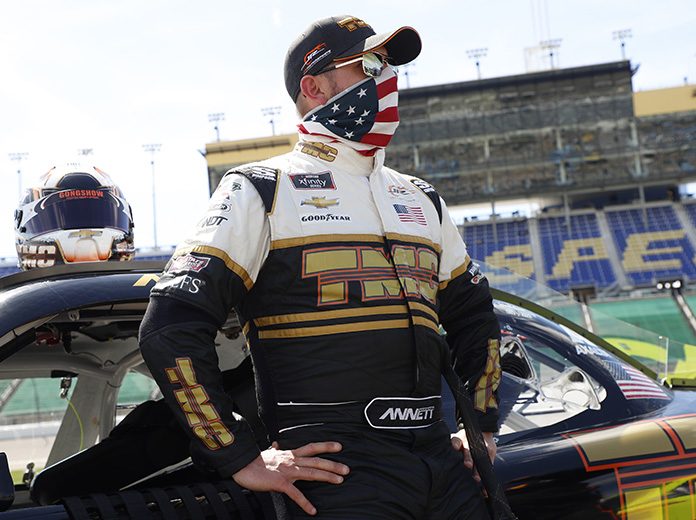 CONCORD, N.C. – For the third-straight race, Michael Annett has been selected to start from the pole in NASCAR Xfinity Series competition via random draw. This time Annett will lead the field to the green flag for Saturday’s Henry 180 at Road America. Team Penske’s Austin Cindric will join Annett on the front row for Saturday’s Henry 180. Harrison Burton will start third, followed by Justin Haley and Riley Herbst. Kaz Grala, Chase Briscoe, Brandon Jones, Noah Gragson and Daniel Hemric will start sixth through 10th. This is the last time the Xfinity Series field will be set by a random draw after NASCAR announced new rules to set starting fields.