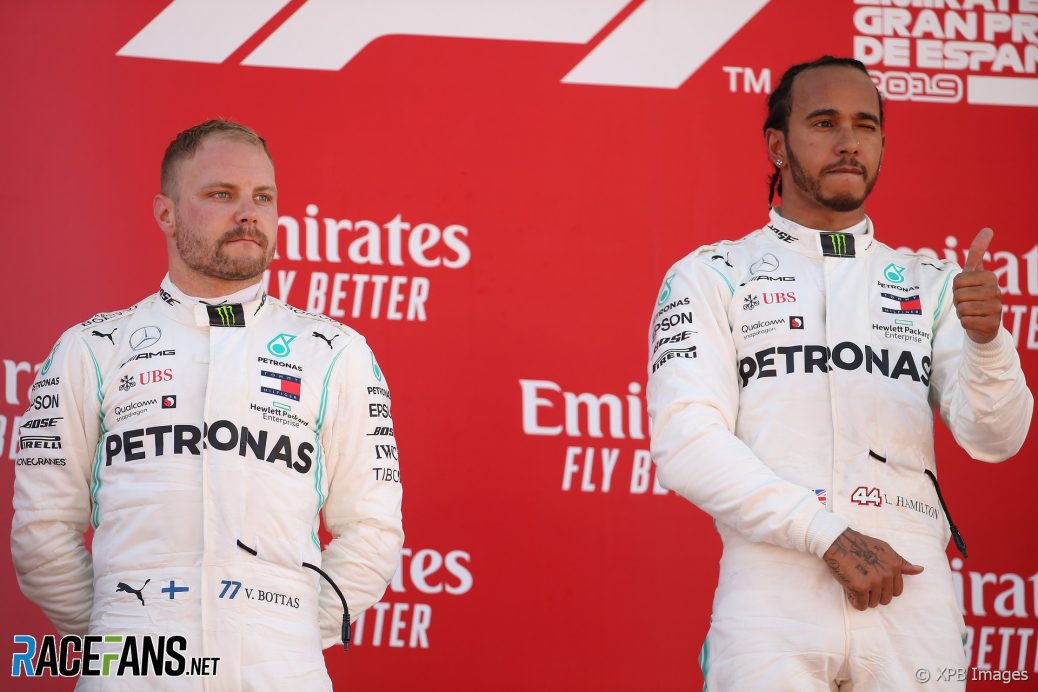 After Lewis Hamilton scored his third victory of the season in the Spanish Grand Prix he was asked whether the start of the race, when he took the lead from second on the grid, had been decisive.
“I don’t even know what to say to that,” answered a bemused Hamilton.
Hamilton wins it at turn one.
In China Bottas blamed wheel-slip over the start/finish line for the reason he lost the initiative to Hamilton when the lights went out.
Bottas had fallen seven seconds behind Hamilton and the Safety Car brought him back into play.