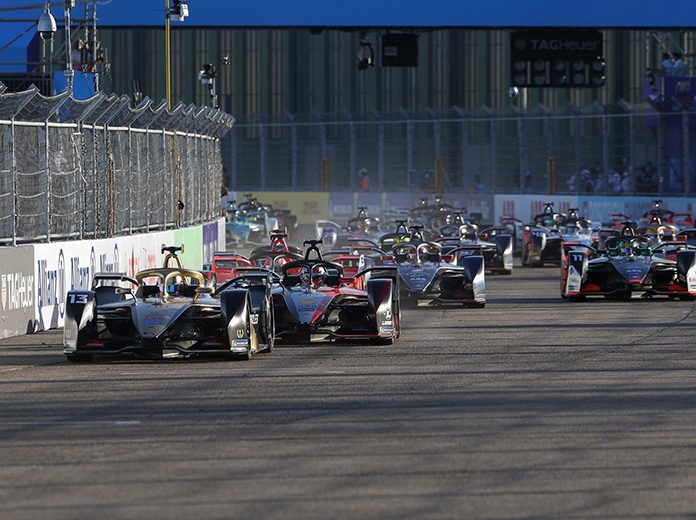 BERLIN, Germany – For the second time in as many days, Antonio Felix da Costa turned in a stellar performance to claim another Formula E triumph Thursday during the Berlin E-Prix. Di Grassi had made his way by de Vries for fourth on lap 11, and the pair responded to the group just behind by hitting the activation zone themselves. The Brazilian made it count – getting the jump on third-placed Frijns as the Dutchman was a lap late to the Attack Mode party. The two went back and forth as they activated Attack Mode one after the other for the second time, and it was a straight fight to the finish with Frijns clambering over the back of the Audi for every one of the final five laps. Vandoorne joined the gaggle with two laps left, as did Bird, to make it four into one for the final step on the podium.