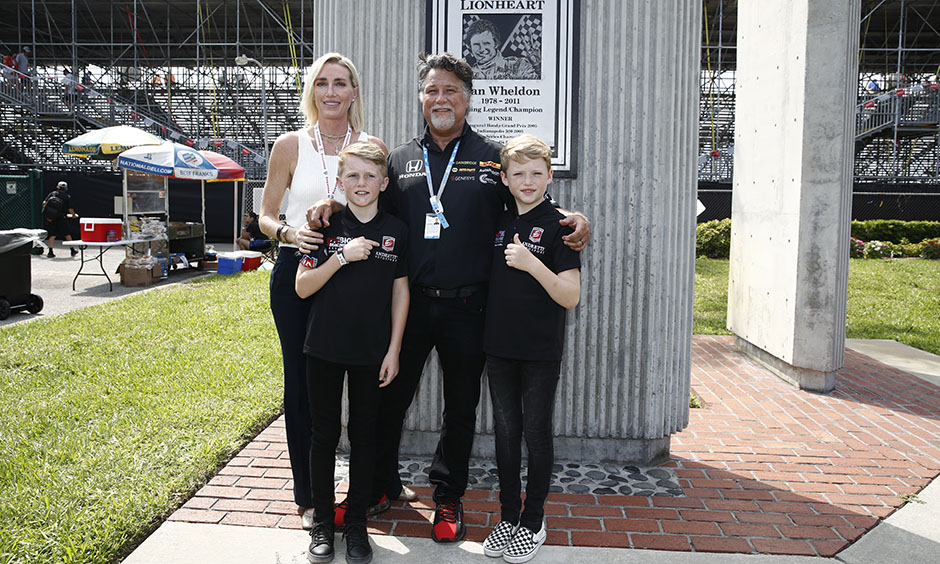 Andretti Autosport is expanding its development efforts with the addition of brothers Sebastian and Oliver Wheldon — the sons of two-time Indianapolis 500 winner and INDYCAR SERIES champion Dan Wheldon — as junior drivers. Dan Wheldon won the Indianapolis 500 and INDYCAR SERIES championship in 2005 while driving for the Andretti team. Dan Wheldon famously said that he had to win “The Greatest Spectacle in Racing” twice so that each of his sons would have a replica of the Borg-Warner Trophy. Already winning races in karting, the two boys are now on the path to winning their own “Baby Borgs” by joining Andretti Autosport. “I’m really excited to be a junior driver for Michael Andretti and follow in my dad’s footsteps,” said Sebastian Wheldon, 12. Said Oliver Wheldon, 10: “It would be so cool to race for Andretti Autosport one day. The boys will receive oversight and career guidance from Michael Andretti and the Indianapolis-based team. “I am so grateful to Michael for taking Sebastian and Oliver under his wing,” said Susie Wheldon, the boys’ mother.