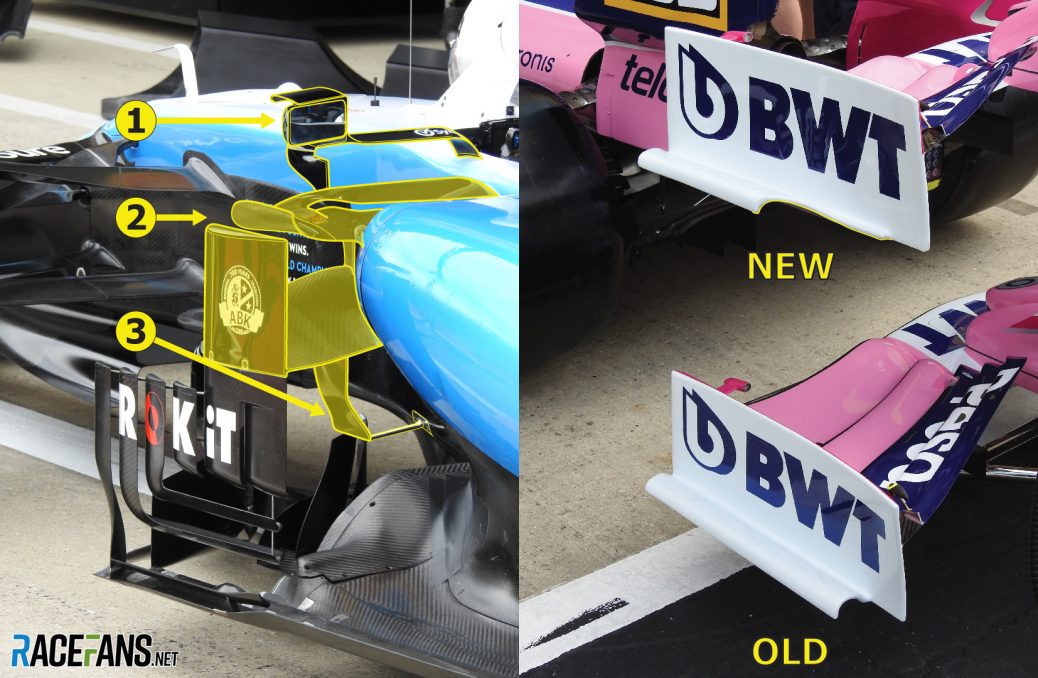 Williams, who are enduring a terrible season, haven’t made Q2 yet; and Racing Point, suffering the consequences of their chassis being designed when they were in administration last year, have only got one of their cars out of Q1 so far.
It still uses the two mountings for aerodynamic effect, but the mirror pod is now exposed, and a small flap is formed over it to further aid the downwash effect of the horizontal mounting
Atypically, Racing Point made few changes to its car for Silverstone.
Similar to Haas, Racing Point truncate the front wing endplate foot section short of its trailing edge.