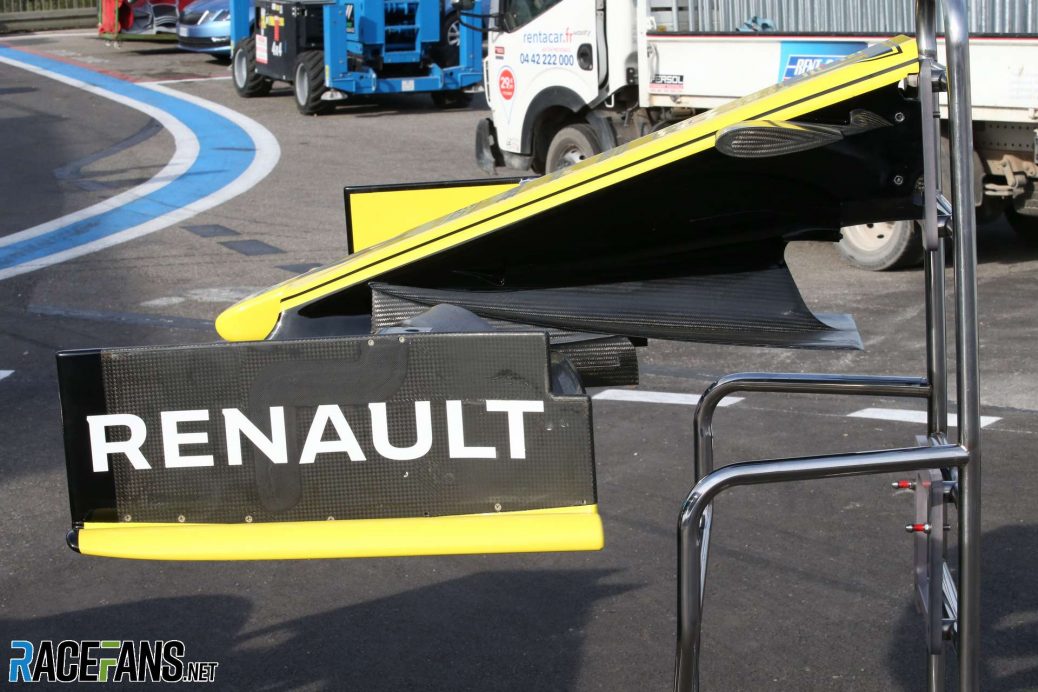 Analysis: The upgrade Renault is pinning its hopes on at home | F1 technology

Renault enjoyed its strongest race weekend of the year so far in Canada and is aiming to build on that in its home event this weekend with a series of upgrades for its RS19.
But having addressed unreliability problems with its power unit the team is now pressing on with its development programme, the latest fruits of which are an under-nose cape and heavily revised sidepod fronts.
Following the increasingly popular cape design, Renault have joined Mercedes, McLaren, Williams and now Renault in running this device.
There are likely other, less visible changes on the Renault.