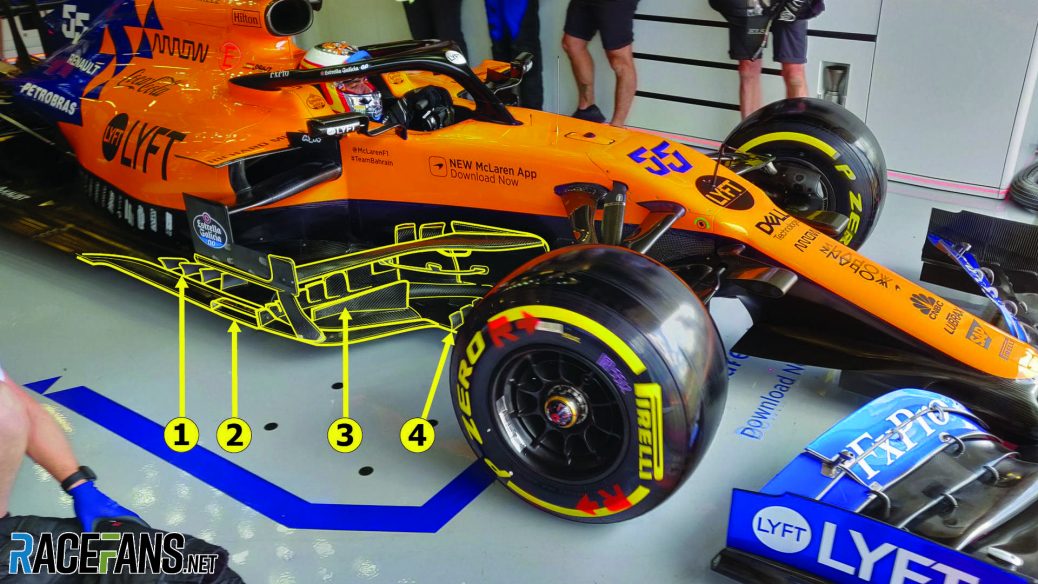 Analysis: The updates helping McLaren edge away from Renault in the ‘Formula 1.5’ fight | F1 technology

Three races ago, Renault had closed to within two points of McLaren in the battle for ‘best of the rest’ honours behind the top three teams – sometimes called the ‘Formula 1.5’ fight.
This came about as the performance pendulum swung from Renault to McLaren during the course of the past half-dozen races:
The drivers split the testing of the various packages, which included flow-viz runs in the first practice session before settling on the updated bargeboards with the long edge flap and without the four fins.