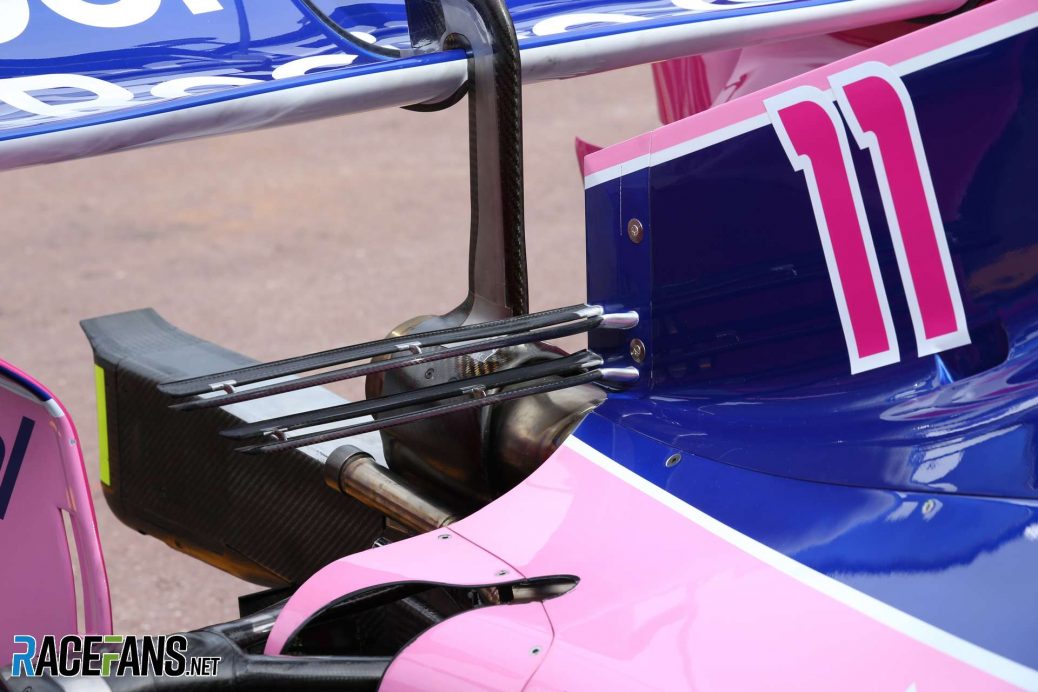 While this means the fins create a little lift (negative downforce), the overall effect is better for the car to create downforce, which offsets their lift.
The updated front wing that appeared in Spain and caused problems for Hulkenberg in qualifying is being run again in Monaco.
This new wing profile sits between the two rear wing mounting pylons (1), in the limited place allowed for bodywork above the exhausts.
It’s effectively a ‘monkey seat winglet’, working with the top rear wing and exhaust flow to create downforce.
These four aerofoils appear to be for creating downforce directly, rather than shaping the airflow to the rear wing.