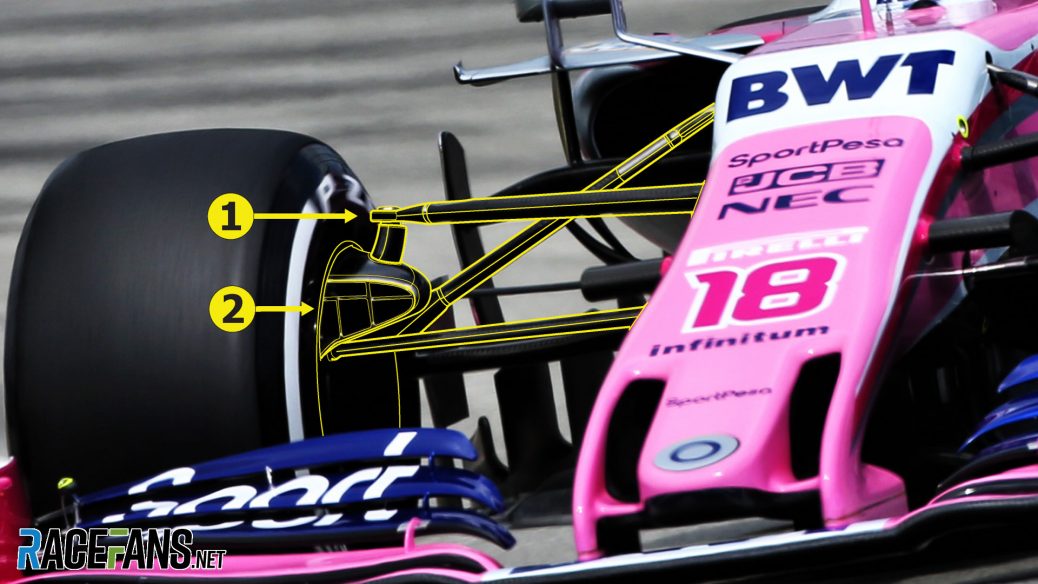 Did Lance Stroll not think much of Racing Point’s upgrade at the Circuit de Catalunya?
Although the biggest effect of the increased investment in Racing Point will once its new factory is built, the team is also making up for lost time with its 2019 car, which was early in gestation when the team went into administration last July.
Andy Green: “All-new front suspension.”
This possibly raises the wishbones even higher out of the airflow than the early-season design, which is better for airflow under the suspension to the bargeboards.