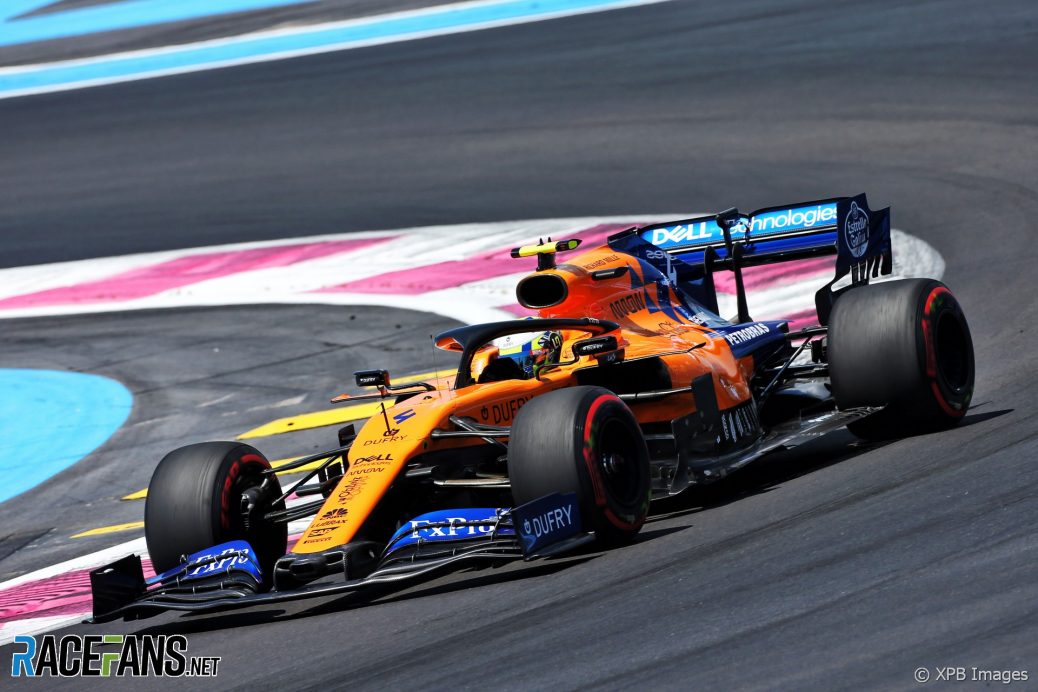 McLaren have followed the practice adopted by rivals including Mercedes and Williams by using a suspension trick to lower their car’s ride height while cornering.
It’s a relatively simple set-up where the pushrod that controls the wheel’s movement is mounted to the pivoting upright and not the lower wishbone.
However it is achieved so far this season we have seen Williams and now McLaren greatly increase the POU offset.
This weekend McLaren can be seen to have a pushrod pivot well inboard of the brake duct and even greater than when the car appeared at its launch.