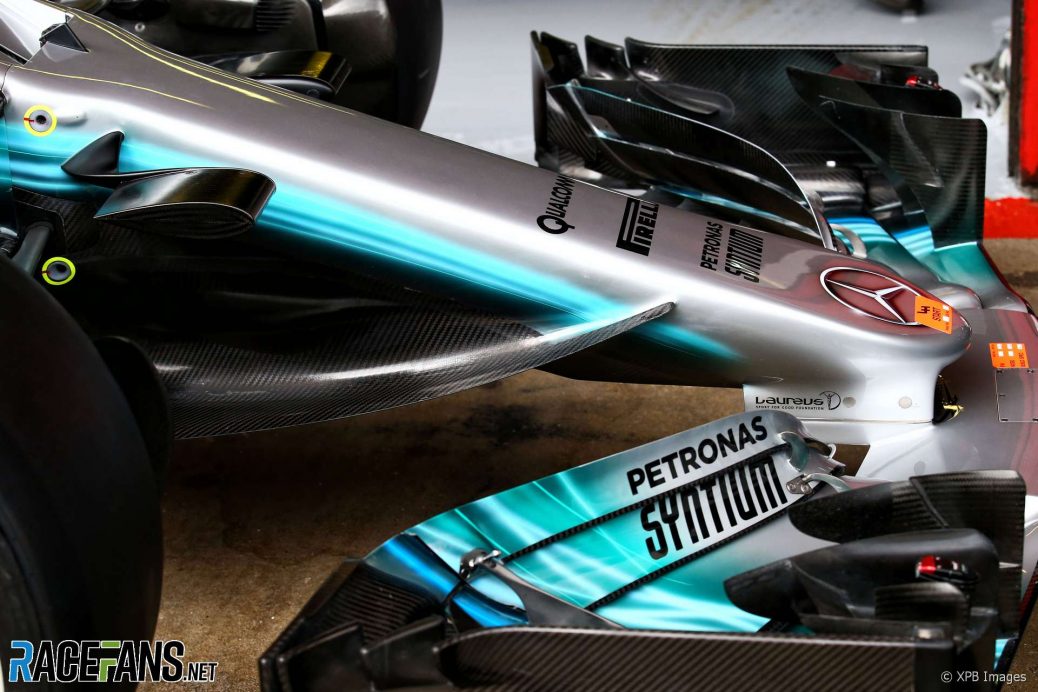 While it retained the distinctive vented design familiar from recent seasons, Racing Point modified it to incorporate a Mercedes-style under-nose cape.
Mercedes re-introduced the cape aero device in early 2017; similar snowplough-like devices had been seen in F1 before.
In its current form the cape is merely a different means of creating a turning vane effect under the raised nose of the car.
We have seen other teams start to copy this solution, albeit with different nose tip solutions to the pointed Mercedes nose cone.
With their interpretation of the cape, Racing Point have used the vented nose to good effect.