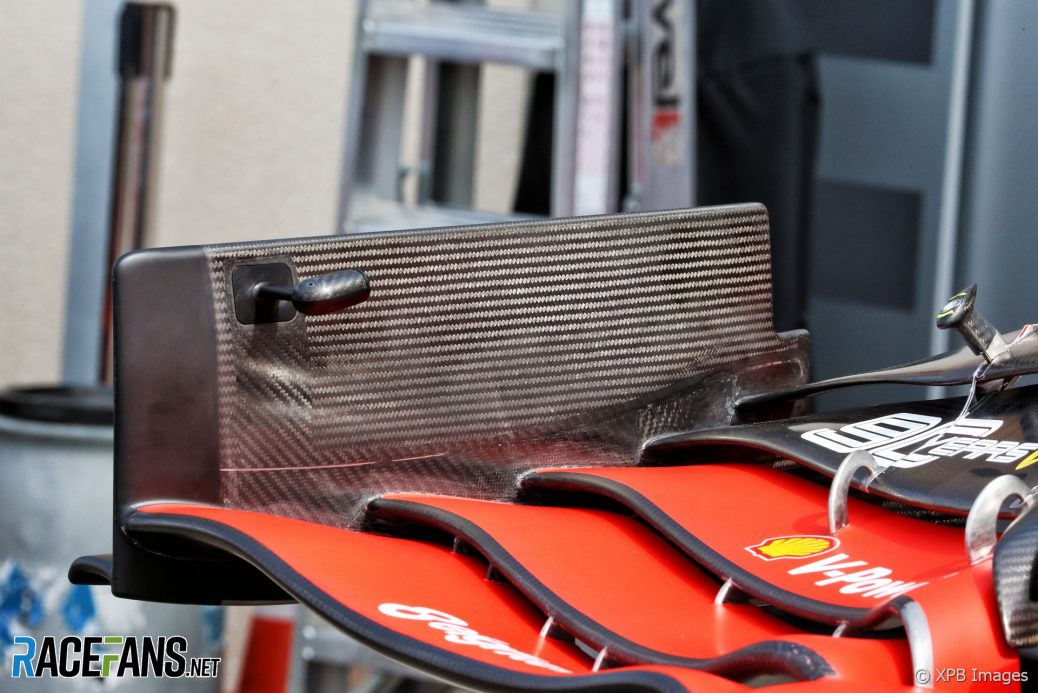 On Friday at Paul Ricard the car sported a revised front wing, floor edge and diffuser.
The most notable is the front wing development, which retains the much-discussed inboard-loaded front wing design, but has revised details around the endplates.
Ferrari are one of a group of teams who have flattened the front wing to nearly nothing towards its outer tips.
To help this effect, Ferrari have added a small amount of extra front wing angle to the outer tip (2).
But these are amongst the bigger changes we’ve seen from Ferrari this season, so their development rate is finally being stepped up.