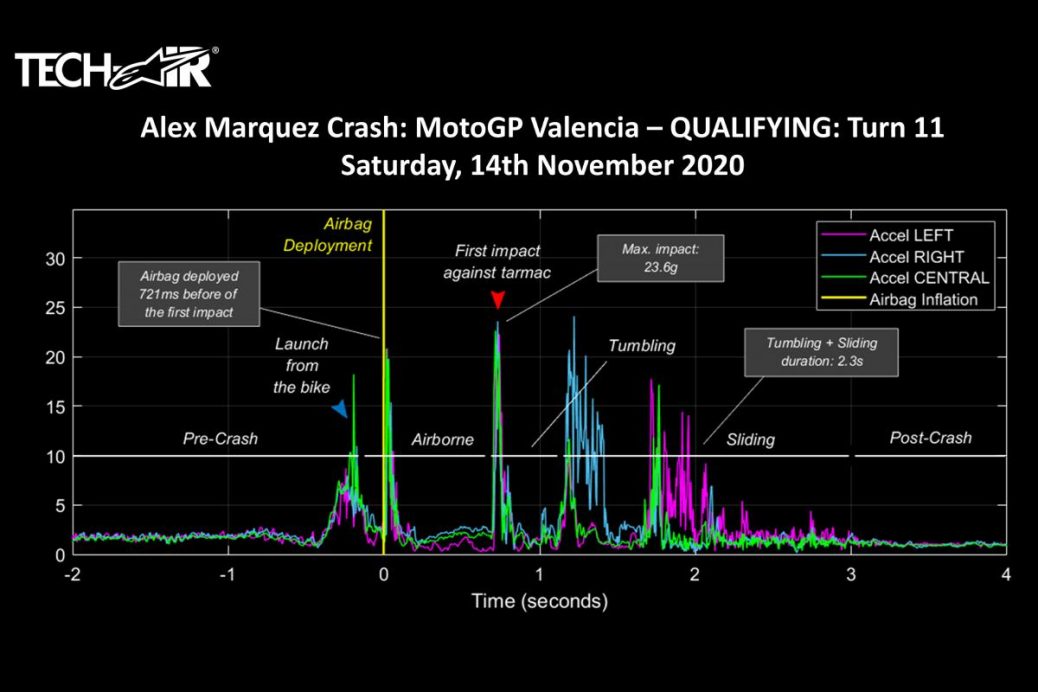 Alex Marquez’ (Repsol Honda Team) monumental Turn 11 Q1 highside at the Motul Valencia Grand Prix was enough to make your stomach churn. Despite the incredibly heavy impact, the double 2020 MotoGP™ podium finisher was back out on his second bike to try and grab a spot in Q2. And now, Alex Marquez’ Leather manufacturer Alpinestars have released the data from the crash. In other words, Alex Marquez hanging in the air for nearly a second. Then, after the initial 23.6G impact, Alex Marquez travelled across the ground for another 2.3 seconds. The Hamamatsu factory are back on top of the MotoGP™ world for the first time since 2000. In his latest blog, the legendary MotoGP™ commentator looks back at Spain’s first premier class Champion: Alex Criville.