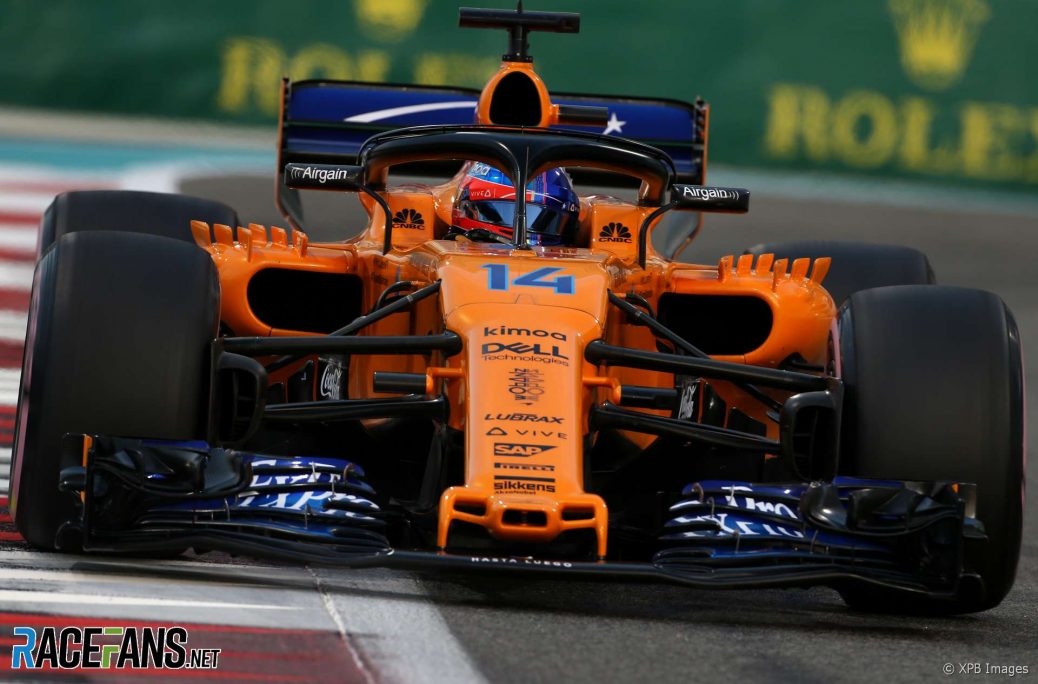 Fernando Alonso says McLaren didn’t think it would be possible to reach Q2 in qualifying for the Abu Dhabi Grand Prix.
In his final qualifying session Alonso took his McLaren into the second round and went on to take 15th on the grid.
McLaren: “We were pretty convinced that it was impossible to go through Q1 into Q2 but we managed just [by] a couple of milliseconds and I was happy for that.”
McLaren: “We start 15th so five positions away.”
Alonso said he is prepared to take a conservative approach at what can often be a frantic start at Yas Marina.