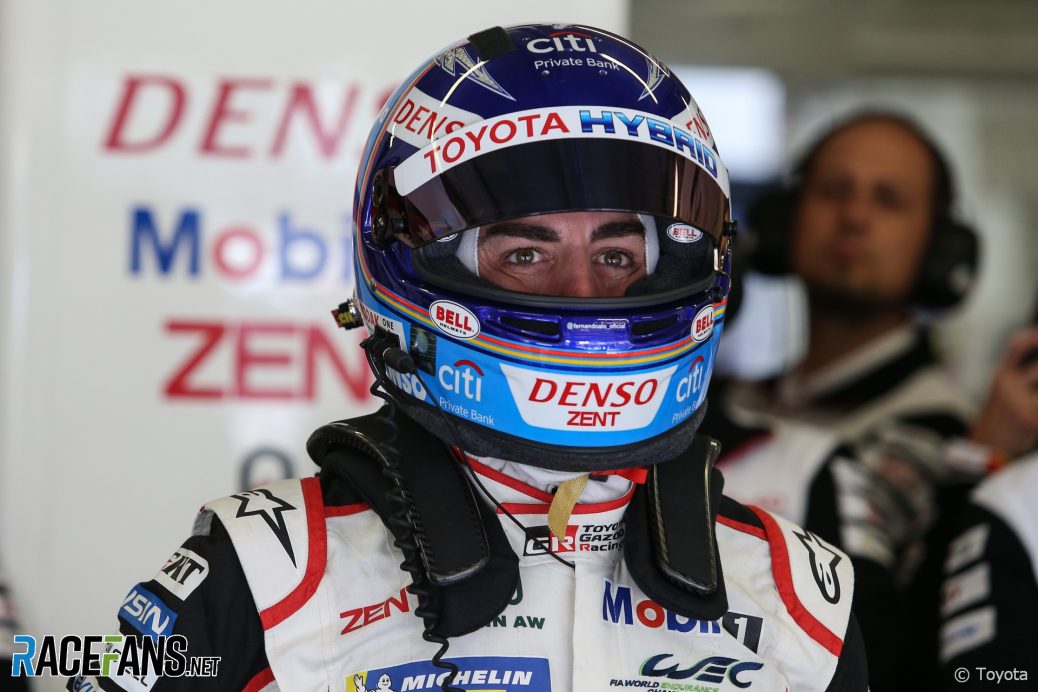 Toyota’s LMP1-H cars have won a second 1-2 finish at Le Mans – but under some controversy about their order, after a forced pit stop exchanged the lead with only one hour to go.
With one hour and one minute to go, the #8 Toyota, driven at the time by Jose-Maria Lopez slowed on track with tyre pressure warning that sent it into the pits and gave the #7 the lead with Kazuki Nakajima at the wheel.
Fernando Alonso, Kazuki Nakajima and Sebastien Buemi win the FIA WEC drivers’ title for the 2018-19 Super Season, as well as both Le Mans of the extended calendar.