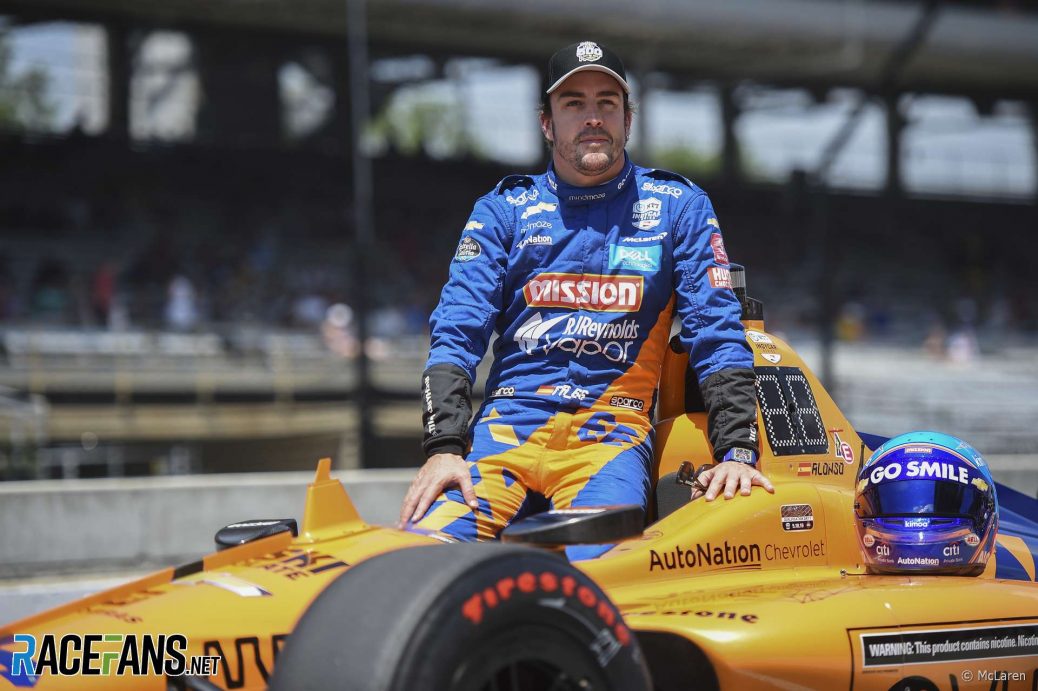 Alonso might be persuaded to do full IndyCar season – Brown | IndyCar

Fernando Alonso might be convinced to attempt a full season in IndyCar despite having ruled it out, says McLaren Racing CEO Zak Brown.
McLaren’s bid to win the Indianapolis 500 with Alonso this year ended in disaster as the team failed to qualify for the 33-car field.
Brown said the team wants to return to IndyCar but is more likely to consider a full season entry instead of a one-off appearance at Indianapolis.
“We learned a lot on what not to do this year in Indy, that was a rude awakening,” Zak Brown said.
“He’s told me he doesn’t want to do a full season.”