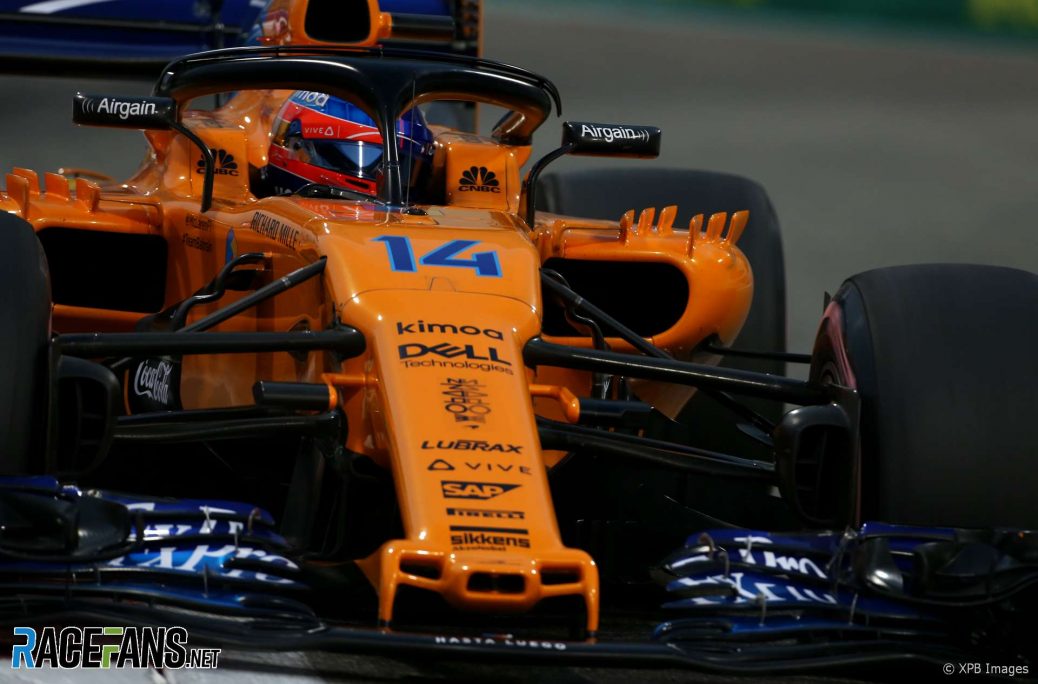 Fernando Alonso has been given three penalty points on his licences for cutting the track and gaining an advantage on three separate occasions during the Abu Dhabi Grand Prix.
The McLaren driver was found to have cut the track at turns eight and nine on three occasions.
“Although the driver of car 31 did not gain a position, he still gained an advantage in that he was able to retain his position in front of car two, when, if he had not gone off the track, he would not have been able to do so.”