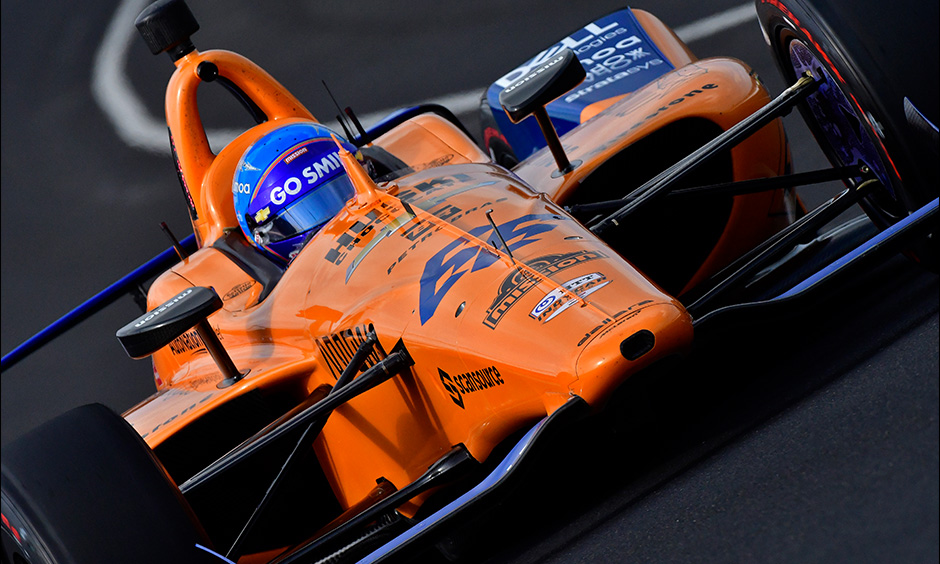 Indianapolis – Three drivers who crashed during practice earlier in the week used a final practice session before qualifying Saturday morning to fine-tune their comeback efforts for the 103rd Indianapolis 500 presented by Gainbridge.
Two-time Formula 1 champion Fernando Alonso, who crashed during practice Wednesday, led the way with a fast lap of 228.065 mph in the No. 66 McLaren Racing Chevrolet.
Alonso missed nearly two full practice days after his crash while the McLaren crew prepared a backup car.