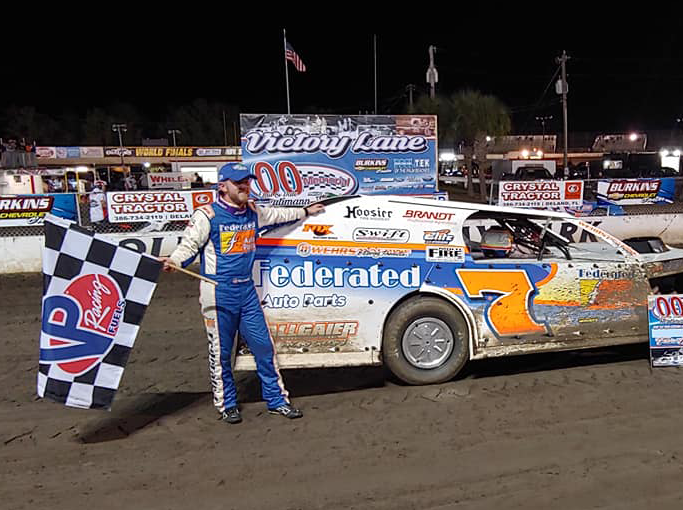 BARBERVILLE, Fla. – Fifty-two of the best DIRTcar UMP Modified drivers in the country assembled at Volusia Speedway Park Friday night for the preliminary night of action for the seventh annual Emil & Dale Reutimann Memorial. “Well, tomorrow’s 50 laps, tonight was only 15,” Allgaier said of his outlook to Saturday. Dawson won the battle into turn one on the opening lap, but Dixon never let him out of sight. After laying down the night’s fastest lap in qualifying of 18.740 seconds, worth a $250 cash prize courtesy of the Reutimann family, Nicely grabbed the lead from the pole of the third Showdown feature and never once even thought about giving it up. “We weren’t as good as we wanted to be in that feature,” Nicely said. Mathews did just that with a flag-to-flag victory in the fourth and final Showdown feature.