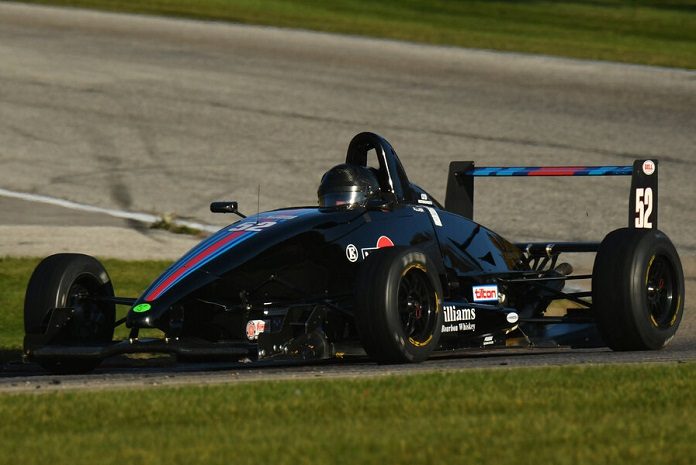 ELKHART LAKE, Wis. – As the Tire Rack Pole Award winner, Robert Allaer started at the front of the Formula Continental field Saturday afternoon as the sun sank low at Road America during the 2020 SCCA National Championship Runoffs. “I hadn’t slept for three days thinking about the start of the race. I knew it was going to be tough because this class and this race is packed with talent.”. It was Robert Armington, in a Van Diemen RF00, and Simon Sikes, in the No. Armington looked strong, and Sikes looked confident after finishing on the podium earlier Saturday in the Formula F race. Sikes brought his car home in second, which was the Runoffs rookie’s second podium appearance of the day, but it wasn’t easy. “Part of my suspension snapped halfway through the race,“ said Sikes, who was competing in only his second-ever FC race.