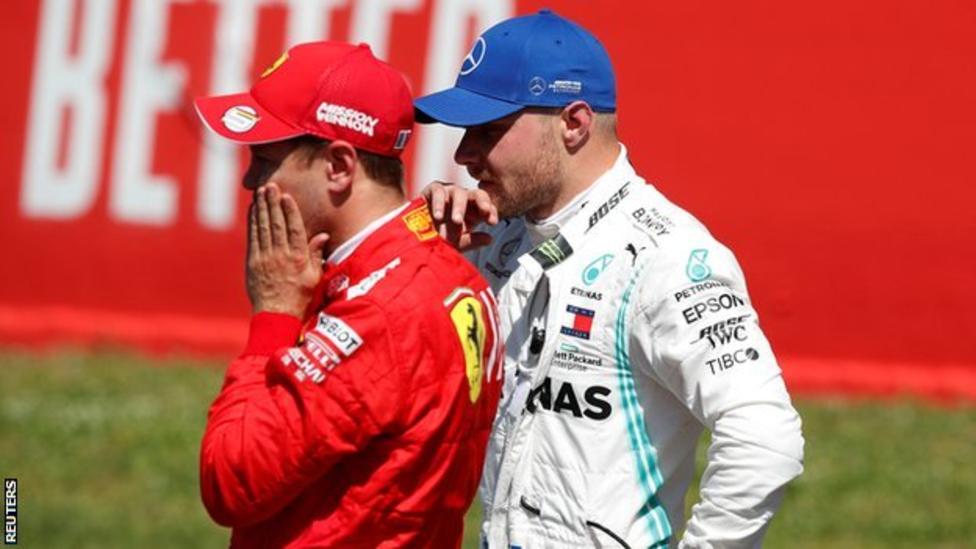 All you need to know: Ferrari worried about their speed, Mercedes about their driver rivalry

It was all the more painful for Ferrari because Barcelona is the track where they had looked so strong in pre-season testing that Mercedes headed to the first race in Australia thinking they were behind.
Bottas: “Vettel, as ever, was talking positively about his hopes for the race, but the reality is that Ferrari were just as far off on race pace in Friday practice as they were over one lap in qualifying on Saturday.”
Bottas: “Mercedes have problems of a different kind, with the focus of the season rapidly shifting from their expected but evaporating battle with Ferrari to the one between their two drivers.”